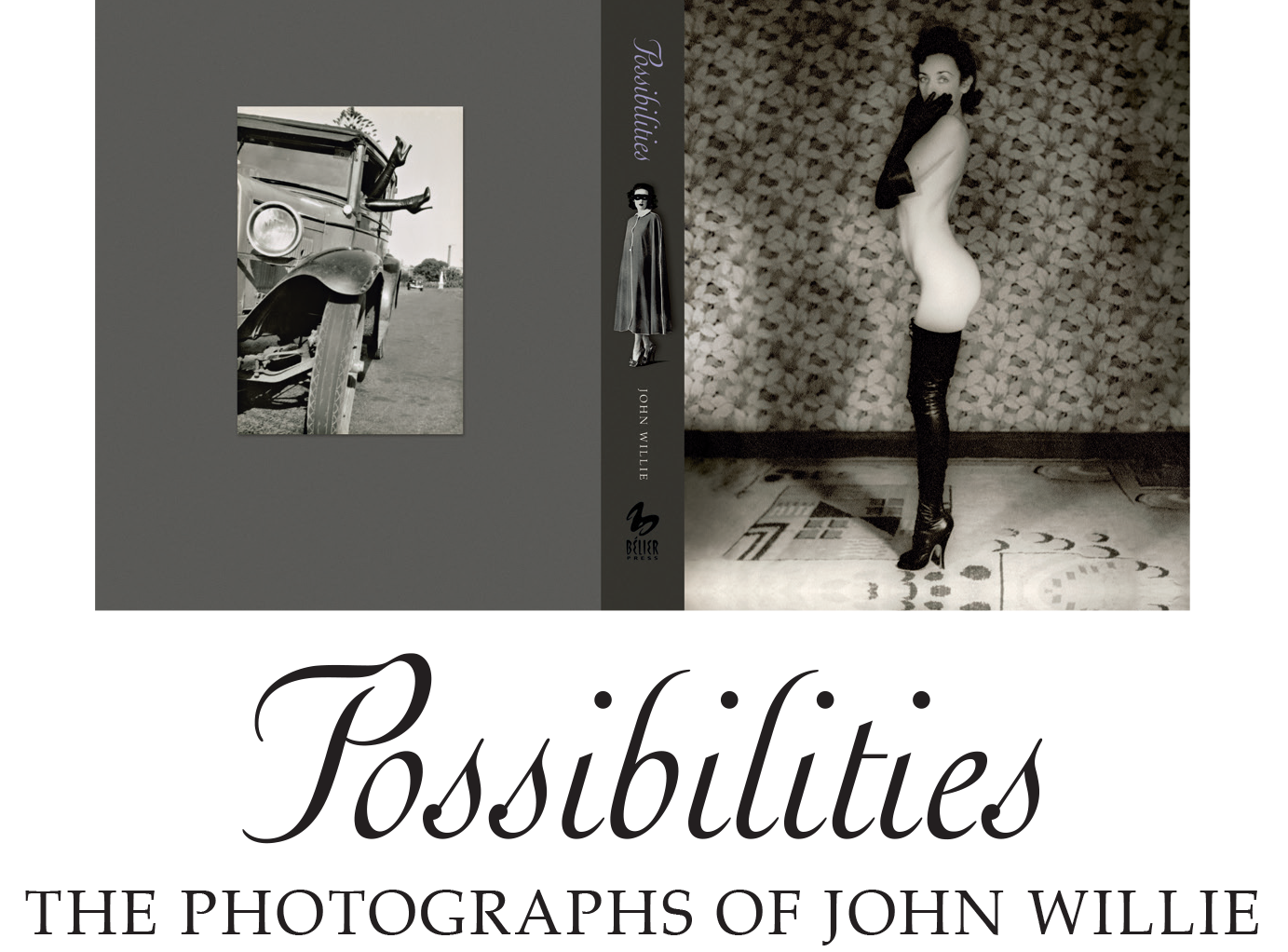 •
More than 1,360 Photographs, taken in Sydney,
New York and Los Angeles, circa 1937–61,
including Many Never-Before-Seen Privately Circulated Images
and other Rarities, from the Collection of
the Kinsey Institute and other Private sources
•
Informative Text, including additional Biographical
Information about the Photographer, Copious Notes,
and Valuable Advice for Serious Collectors
•
472 Pages / Hardcover
9.25 x 11.125” / 206 x 235 mm • 5.5 lb / 2.4 kg
•
Trade Edition: $50.00
•
There is also a Deluxe Edition, Limited to 150 Numbered Copies,
each in a Custom-Made Cloth Slipcase, containing an Original Print
of a Photograph taken by J.W. in Los Angeles, circa 1958–61
— Each One Different from the Others — and Reproductions of Two previously
Privately Circulated Photographs, taken by J.W. in Sydney (circa 1938)
that have Not been included in the Book, plus an Unnumbered copy of
John Willie Speaks — John Willie Sings!?!, an Audio Compact Disc of just under
Forty-Eight Minutes, consisting of: a Monologue from Within a Story, his only known
Speaking Part in a Motion Picture (1954); Excerpts from the only known Interview of
the Artist/Photographer (1961–62); Excerpts from A Bawdy Recital — Poems, Songs
and Stories — performed by J.W. in 1962
•
Deluxe Limited Edition: $150.00.
Order